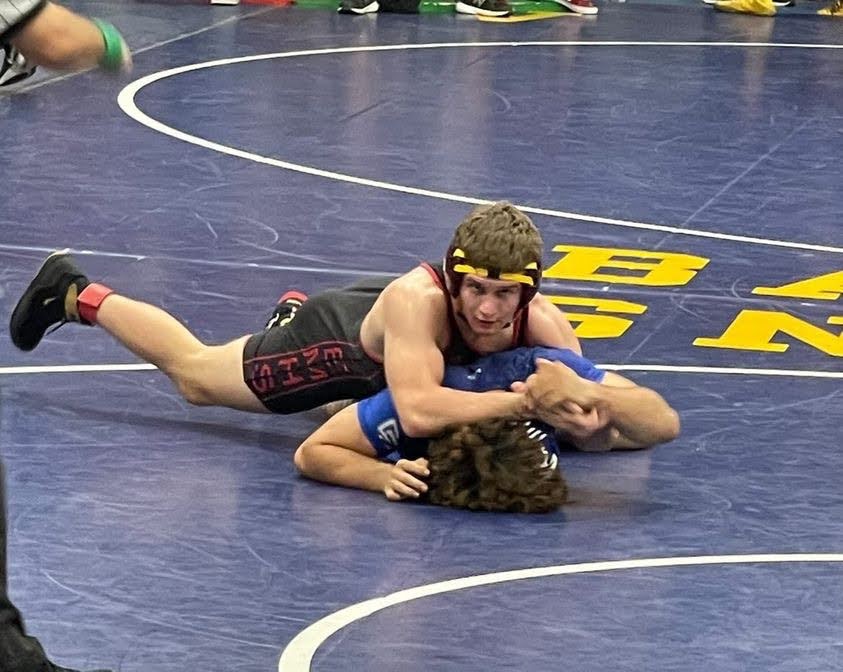 In February of 2022, El Modena senior Jack Simons wrestled at the state tournament, the first vanguard to accomplish this in a decade. Per El Mo Wrestling tradition, going to state has earned Simons multiple name plaques on the walls of the wrestling room.

Wrestling since his freshman year, Simons has learned the hard work it takes to become a champion. In preparation for the 2022 wrestling season, he practiced every day, including Christmas and New Years Day, getting up early in the morning to hit the weights and the mat.

When asked how it felt to have achieved such an accomplishment Simons said “It feels really good, El Modena hasn’t had a wrestler go to state in ten years and it’s nice to bring that culture back in because I think we have a really good program.”

Simons is planning on continuing his wrestling career at Dickson State in North Dakota and is so glad to have represented El Modena at the state tournament as well as learn many valuable lessons along the way.