Why have Cows Found Their Way into Cyberspace? 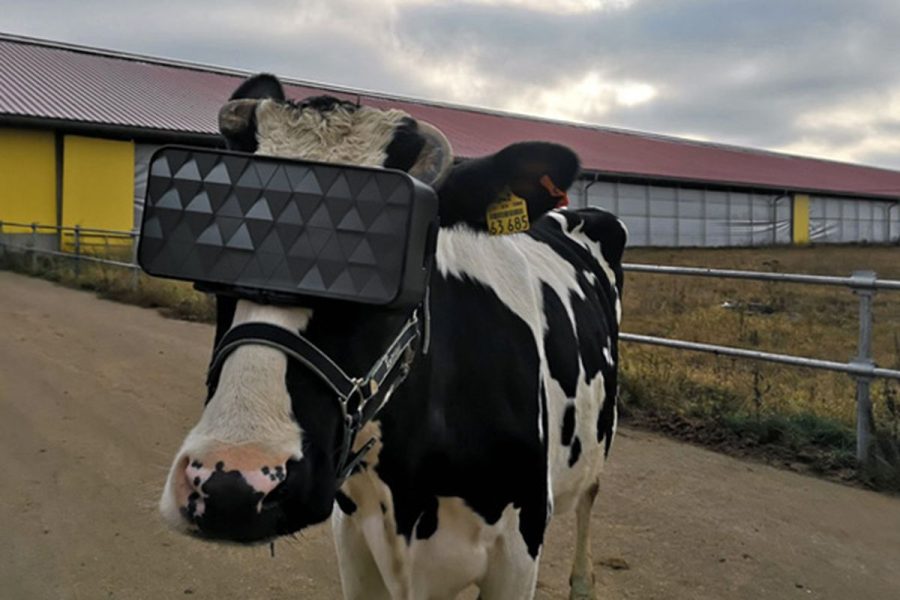 Recently, the practice of farmers harnessing their cows with virtual reality headsets has become more and more commonplace around the world. If it sounds absurd, it’s because it really is. After tests in Russia, farmers have concluded that showing a cow an artificial serene environment makes them more calm and leads to a significant increase in milk production, in both quality and quantity.

One of the pioneers of this bovine experiment is a man from Turkey named İzzet Koçak. In regards to his personal results, he said that, “We get an average of 22 liters of milk per day from the cows in our farm. The milk average of the two cows [that] wore virtual reality glasses was up to 27 liters.”

Unsurprisingly, the ethics behind this method can be controversial to say the least. Many say distorting someone’s reality is ignoble, especially for profit. On the other hand, some would argue that for the same results and quality of life for the cows, this may be a more sustainable and resource efficient method – and who’s to say they can even tell the difference.