Friendly Donuts is rising in popularity with its wide selection and excellent customer service. 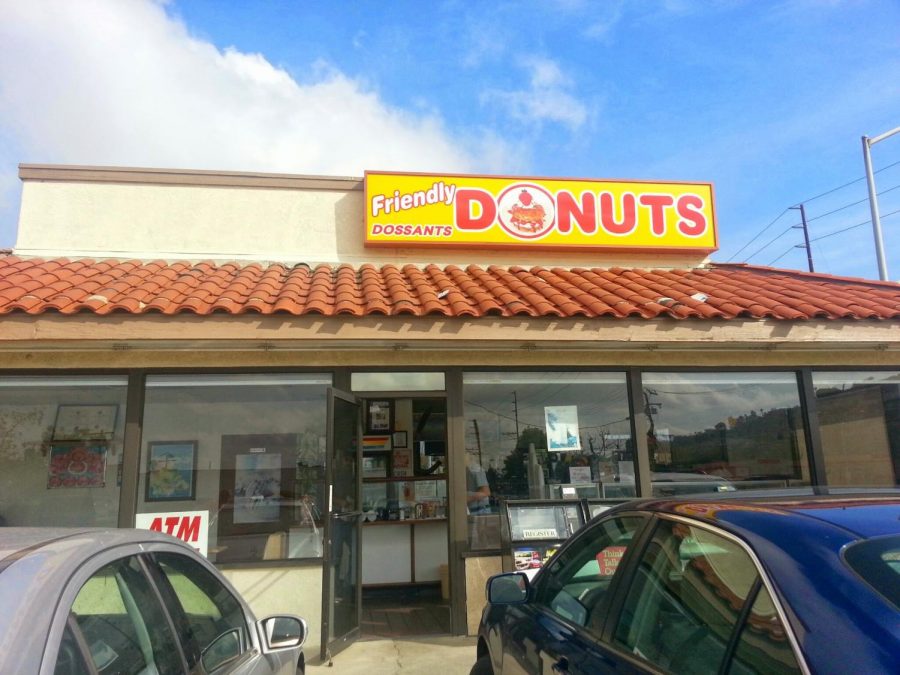 For roughly 36 long years, Friendly Donuts, on East Chapman, has been meeting donut needs 24-7-365. With their creative ideas on new flavors and the friendliest of staff, the shop is skyrocketing in popularity. As of almost a year ago, Friendly Donuts has been under a second generation owner.

Donut preference changes constantly, depending on the time of day or day of the week. Based on a first-hand perspective, the weekends earn the title of ‘‘busiest days of the week.’’ Generally, people line up around the store later in the evening. It depends on the cravings.

On weekend evenings, people swarm from all over to get their hands on Mochi Donuts, one of the top selling donuts. What makes it stand out is the difference in dough they use. Mochi Donuts are made out of rice flour. Once made, Mochi Donuts give off a chewier texture. Flavors alternate every month as well.

The weekend-only special, aka the Banana Pudding Donut, is also getting the people’s attention. The donut itself has lots to offer with its powdered sugar, banana pudding, Nilla Wafer crust, and chocolate shavings. Like the Mochi Donut, it has people going bananas.

Every single donut in the shop is made with love. Aside from donuts, Friendly serves breakfast sandwiches, croissants, a wide variety of smoothies, and so much more. Though it may get very busy at times, it seems as if all of the workers have a chemistry to get the job done at 110%. At the end of the day, Friendly’s will always be family-owned with confidence shown.