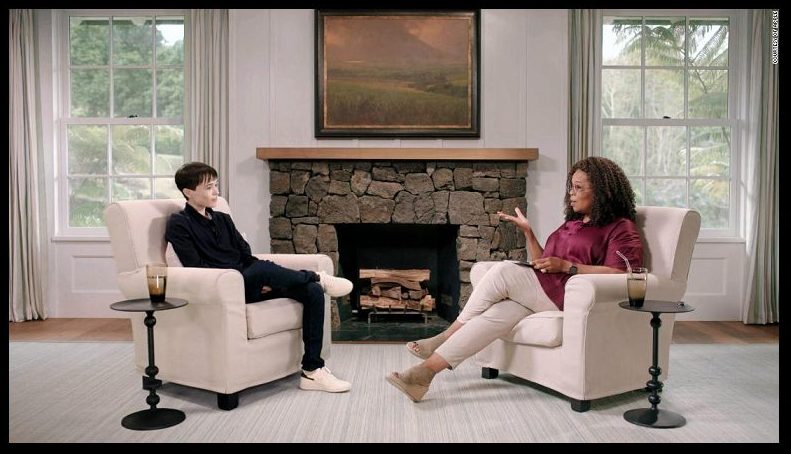 Elliot Page had an unscripted conversation with Oprah Winfrey on his journey of coming out. Page first came out in December by an Instagram post and was prepared to receive backlash since the trans community was constantly under attack. Yet instead, he was given immense support and acceptance by his fans. Page believed that making the announcement was crucial and important to him. Hollywood’s transgender community also called him “inspiring” and “brave” through his announcement.

Shortly after his announcement, Page opened up about having had top surgery in March and expressed that having this transition surgery was “life-saving” and a privilege to him since many trans people can’t afford the surgery and healthcare doesn’t cover it. He also explained to Oprah Winfrey that transitioning allowed him to “feel comfortable in my body for probably the first time” and that he now feels free. Page was asked what had brought him the “most joy” in transitioning. Page said it was the “little things,” such as being able to wear a T-shirt.

Page told Winfrey he hopes that more awareness of transgender individuals will create better understanding of the issues they face. He also states that “With this platform I have, the privilege that I have, and knowing the pain and the difficulties and the struggles that I faced in my life. And it absolutely felt just crucial and important for me to share that.”