A Chat with the Chats 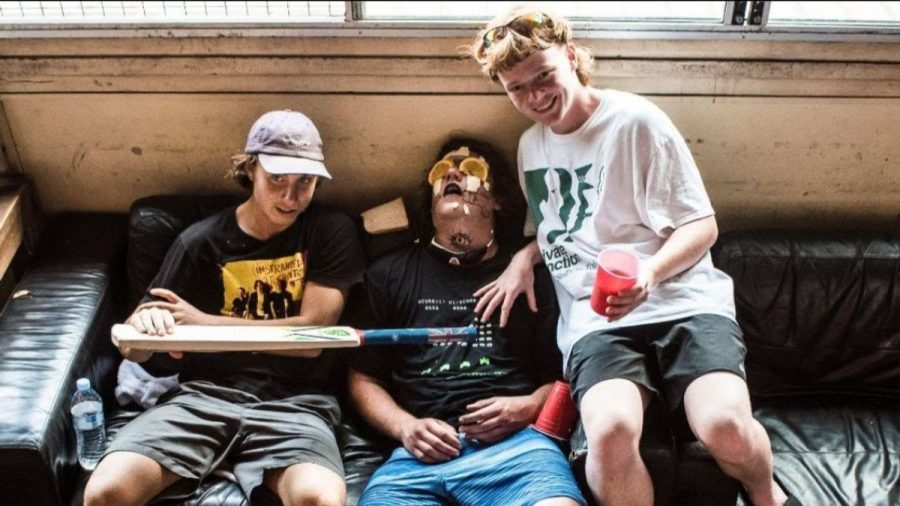 Image by The Birn

Australian punk rock band consisting of members Josh Price on guitar and backing vocals, Matt Boggis on drums, and Eamon Sandwith on bass and lead vocals, has recently made quite the craze for their hit song “Smoko”.

Luckily, I was able to ask the members of the group a couple of questions regarding the band as a whole and their musical interests. I chose 10 questions that I think applies to them well as a band. However, seeing as they are quite the unusual group of boys, their answers were pretty interesting.

I first asked them what had inspired them to pursue a career in the music industry, to which they responded bluntly with “We didn’t want to have a career, it just happened.” This can be seen as a reference to the surprising burst of views that their song “Smoko” had, which was unexpected to the group.

After that I just had to ask the band what they considered to be their musical inspirations that had influenced their unique modern punk sound. The group had mentioned a list of multiple old punk groups such as New York based band the Ramones, and fellow Australian punk bands such as the Saints, Radio Birdman, and the Drunk Mums.

In regards to future music, the Chats were unable to come up with any specific ideas on the spot. However, they did mention how they wanted to explore future topics soon, but they “… haven’t thought of anything yet.” Despite this, its evident that the Chats are no strangers to strange music, with song titles consisting of Bus Money and Mum Stole My Darts.

Staying on the topic of future music yet again, I had asked the band what their favorite songs were to perform and they had stayed somewhat secretive, replying with “The new ones that we have been working on are our favorites so far.” So maybe fans have something exciting to look forward to in the future.

Switching topics onto the music scene that lies behind the Aussie punk band, I bluntly asked the group “Do you hope to revive the dying punk scene with your music?” But the boys, with massive pride in their subculture and music had given the best answer of the night with “No, punk will never die.”

When asking if they had any final messages for fans and people wishing to follow in their footsteps into the music industry they gave me rather comical answers that really describe them as a group.

For people working on their music and trying to become a performer in the future, the Chats want to say “Practice heaps, and don’t give a [REDACTED] what anyone says.”

As for their fans, this eccentric group of Aussie boys wish to tell them “Thanks for supporting us and listening to our [REDACTED].”