How did the biggest name in rap rise to the top? 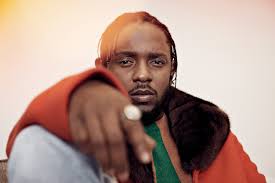 Kendrick Lamar Duckworth (more popularly known as Kendrick Lamar) is without a doubt one of the most prominent figures in Hip-Hop today, having won over 140 awards; 12 of them being Grammys, and the biggest one being the Pulitzer Prize. But how exactly did Lamar go from a young aspiring rapper named K-Dot to the Pulitzer Prize-winning hip-hop kingpin?

Prior to the life of fame and endless awards, Kendrick Lamar Duckworth was a young child growing and living in Compton, California in the 90s. Early on, Lamar experienced what gang life was like up close and personal, having grown up around the violence and conflicts of local gangs and even being directly affected by it. Despite this, Lamar remained soft-spoken, intelligent, and a well-rounded student. Eventually, he began to write short stories, poems, then lyrics.

In the late 2000s, Lamar dropped a series of mixtapes under his name K-Dot that helped him accrue enough fame that took him all the way to being offered to sign to TopDawg Entertainment. Around this time, K-Dot rebranded himself and took on his own name. After doing so, he went on to release his debut-album “Section.80.”

Following the release of this album, Kendrick Lamar amassed a significant following and saw nothing but success and critical acclaim for each of his subsequent releases; “To Pimp a Butterfly” and “DAMN.” in particular. Both albums featured powerful themes of politics, black power, police brutality, and the plight of black life in America.

As of February 2019, Lamar was nominated for seven Grammys for his work on the soundtrack for the Black Panther film and took home one for Best Rap Performance on “King’s Dead.”