A Day in the Life of A Football Player

There was a clown involved 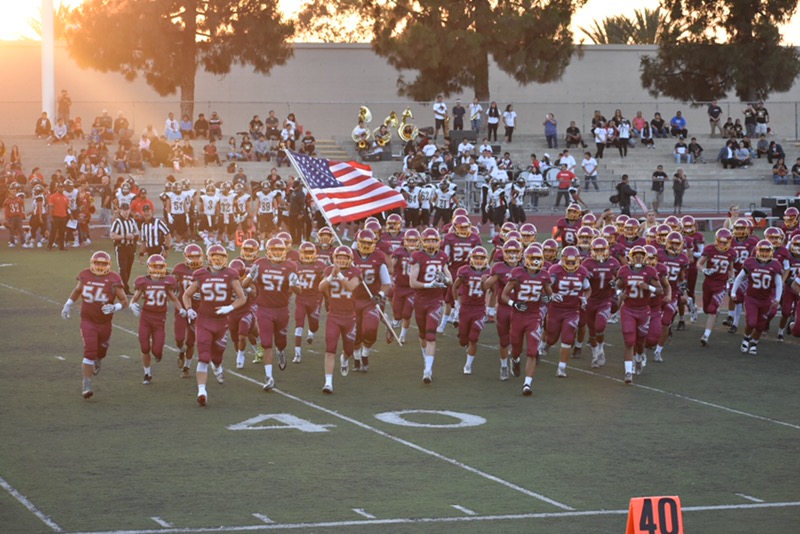 Before every big game, the El Modena football team is prepped and pampered. The team starts by going to room 406 to rest during 4th period. After that, the boys go to the cafeteria, where the lovely mothers of El Modena prepare food for them. Once their bellies are full, there’s clean-up and run throughs.

Run throughs are exactly what they sound like; the players and coaches run through different plays to prepare the team for the game. Each coach takes his boys, shows them the play, and they act it out in the cafeteria. Being with the players and seeing this all play out, I could see how much time and effort is put into the plays. If there was one little mess up, everything was stopped and the boys would have to start the play all over again. They do this until all of the plays are perfected.

Superstitions play a big part in a game day for the football team here at El Mo, so I asked the coaches about some of them. Before the El Dorado game, the tables in the cafeteria were set up differently. This was the first non-league game El Modena lost, the final score was 29-27, the El Dorado Hawks winning by a field goal. The coaches immediately said no more to the table positions. Another superstition the football team and the coaches have is the ‘turnover clown.. After food and run throughs, the team goes to the library and watches a ‘hype video,’ Which consists of highlights of the game from the previous week. Usually, at the end of the video, a clown pops up, almost like he is saying good luck to the boys before they go out and play, but that wasn’t the case for this week’s game. As the boys were watching the video, Coach Mendoza snuck into a seperate room. Once the clown didn’t pop up in the end, the team was worried. But the clown appeared after all. Mendoza jumped into sight with a clown mask on, and the boys jumped 3 feet in the air. Totally forgetting they were in the library, the team screamed, ready for that nights game.

This was my time to leave, but as I was walking out, I could feel the energy the football team had. It was almost as if it was radiating off of them. Sadly, this game was rescheduled for Saturday, October 13. The boys fought hard but lost against Canyon, with the final score of 21-24.