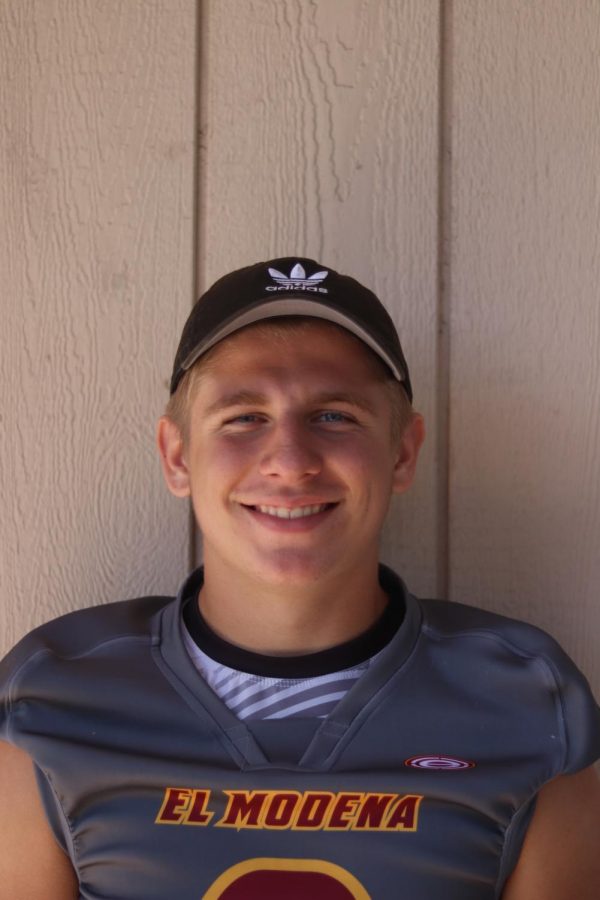 High school football is a very serious and competitive sport. In a interview with freshman Jackson Keays he shares his experience as he plays quarterback for the  JV/Varsity team saying “It’s really fun but it’s also really challenging. There’s a lot expected of us.”

With every football game comes many expectations of the players on the field. This pressure could be assumed to be tenfold of someone talented enough to make varsity their first year. Despite the assumptions Keays stated that it wasn’t “I feel like everything is expected equally of everyone on the team.”

Being a freshman and playing for JV/Varsity is a big deal, it is very rare when someone does. Frontline asked how Keays got this opportunity: “I did youth weightlifting with the team, I trained with the QB coach at the time, and I threw with the recievers. Since 6th grade actually, during the off season, I went to El Mo everyday and practiced with the team.”

At the Fullerton vs. El Mo game last week Keays actually got the opportunity to play on the field, “It was the last three minutes of the game and coach told me to start warming up. Not even two plays later I was in. I was so excited, but I was really freaking out. The first play was QB run and I ran the ball, some player fell down in front of me and I jumped over him but I did end up  getting tackled. After, I popped right back up, I couldn’t believe the play was so successful.

They [the coaches] kept on subbing in more second string players which was really cool. At the very end of the game we had our entire JV team on the field.” It was a proud moment Keays stated, to be on the field with his brothers playing at the varsity level.