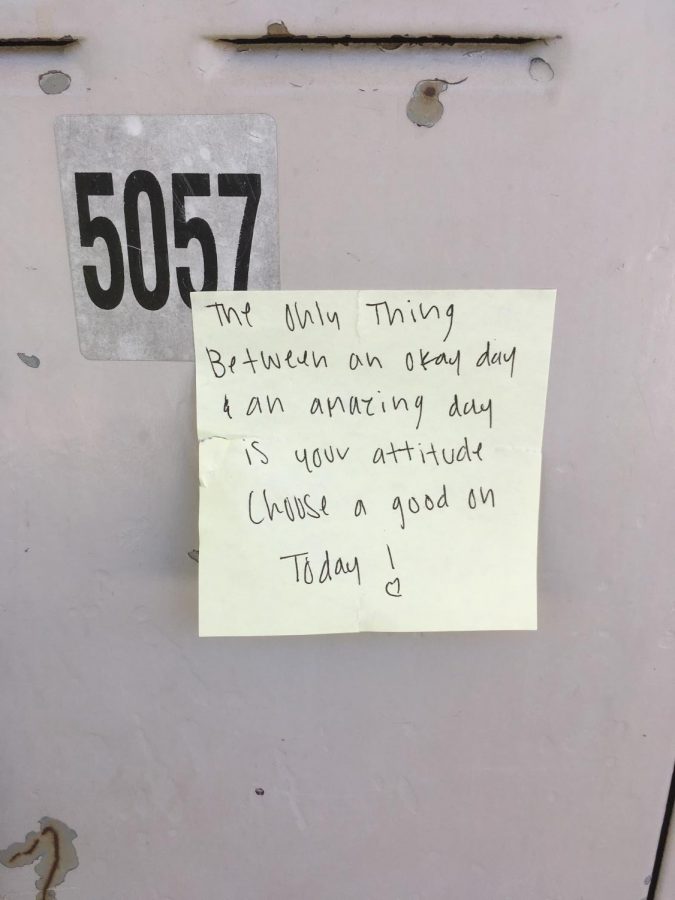 PAL Club puts up posters and sticky notes all around campus to raise awareness for What If Week.

Posters put up around the school saying “You Matter!” and “Don’t Give Up!” and sticky notes with positive messages stuck to every locker. This is a sure sign that it is What If Week at El Modena.

What If Week is hosted by El Modena’s own PAL Club. PAL prepares for the week by mass producing posters three weeks before the event. They then brainstorm and plan out each day of What If Week to get everyone involved.

But what exactly is What If Week? PAL president Jackie Perez says, “The purpose of What If Week is to shine a light to the physical and mental disorders and issues people don’t necessarily feel comfortable talking with.”

EMTV produced videos especially for What If Week. These videos featured El Modena students with different situations, each able to explain exactly how they dealt with life. Some familiar faces appeared, making the issues all the more real. “I was surprised to see some of the people in the EMTV videos because I know them and I had no idea what was happening. The videos basically represented What If Week,” said Perez.

Anxiety was mentioned in one of the EMTV videos, and surveys show that over 25% of teens suffer from anxiety making it the most common of all mental illnesses. It is easy to push someone’s mental illness and tell them it is all in their head. But that is exactly the issue, it is affecting their brain. Raising awareness and acceptance for mental illness may help people to seek help.

Though What If Week is officially February 5-9, it is important to always be mindful of everyone’s situations. After all, you might have no idea what some people are going through.