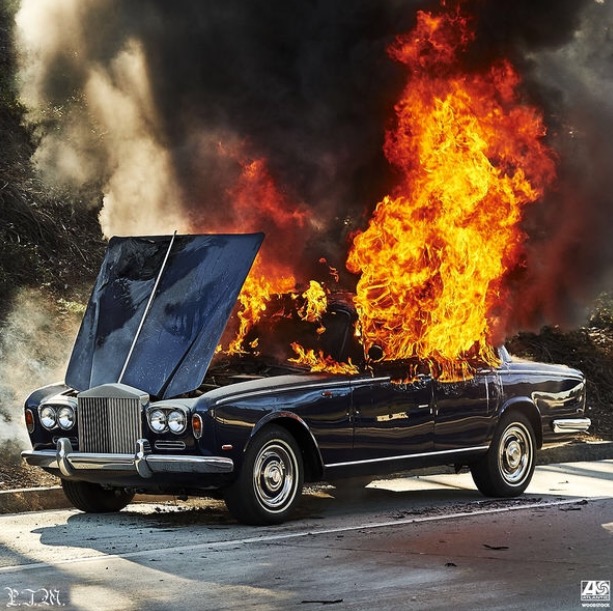 Portugal. The Man’s music reflects how our nation is flaming in biohazard material sliding down a mountain of used needles into a canyon full of rat feces.

Portland based band, “Portugal. The Man” released their latest album “Woodstock” on June 16, 2017. For their 2011 and 2013 albums, the band largely relied on an atmospheric, indie rock genre, to comfort their aimless lyrics such as “When I grow up, I wanna be a movie star or on TV.”

They began on a new album titled “Woodstock” and aimed to reveal the truth that “the world continues to burn like an avalanche of flaming biohazard material sliding down a mountain of used needles into a canyon full of rat feces.” The album is named after the artistically and politically inspired Woodstock music festival of 1969.

The album was headlined with worldwide hit, which features a groovy beat and impactful lyrics, “Feel it Still.” The album cover depicts an old school car caught ablaze in flame, the car represents the political unrest of our nation as a whole.

Songs such as “Mr. Lonely” and “Number One” let listeners feel like they are listening live by using cascading tones, sounds of a crowd’s cheers and shouts, and painfully revealing lyrics.

Influential lyrics such as “No fake President!”, and “I know my rights j’t’aime Paris live or die like c’est la vie,” featured in “Noise Pollution” show the awe inspired political art of their album cover.