Marteen is heating up with his new single, “Sriracha”

16 year-old, singer, songwriter, and multi-instrumentalist is spicing up the music world. 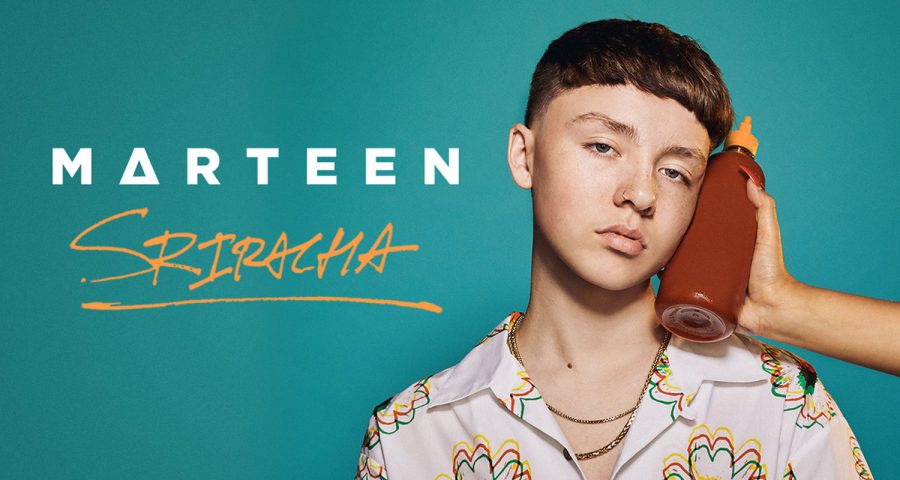 Marteen Estevez is a 16 year-old from the Bay Area.  Music has been a major part of his life from a young age. Born to a Colombian dad and American mom, his parents always encouraged him to pursue his passion for music. Marteen began learning classical piano at just ten years-old. He also would sing along with some of his major influences, such as D’Angelo, Musiq Soulchild, and Lauryn Hill. In middle school, he began building a local fan base by performing covers on Instagram. In 2014, he independently released his first single “I Wanna.”

Marteen has a clear music style he enjoys playing. He states “My music is a modern take on nineties R&B with a little Bay Area edge. Coming from Northern California, you have a certain mentality. It’s an indescribable attitude.” Marteen has shared the stage with Fifth Harmony, Bryson Tiller, Super Duper Kyle, Lil Uzi, and even supported Kehlani on tour. All of Marteen’s touring caught the attention of Warner Bros. Records, and signed him to their label in 2017.

Marteen’s new single “Sriracha” was produced by and co-written with Rotem. The song includes upbeat piano chords and popular chorus, “Girl you got a body like Sriracha, every time I bring you ‘round the homies wanna watch ya, got it from your mama but that ain’t what she taught ya, that’s why I call you lil’ ‘racha.” Marteen explains how he wrote this song, “I love Sriracha hot sauce. I was eating it one day, and I started freestyling on the microphone. The lyrics just started flowing out. It’s about a girl who has a lot of flavor, and a good attitude. She’s not basic. She’s a little bit different. She’s got that spice. She’s confident.”

“Sriracha” is just the beginning for Marteen. With more music in the works, he will definitely bring some spice to the music world.