Recapping the conflict of Free Speech Week at University of California, Berkeley 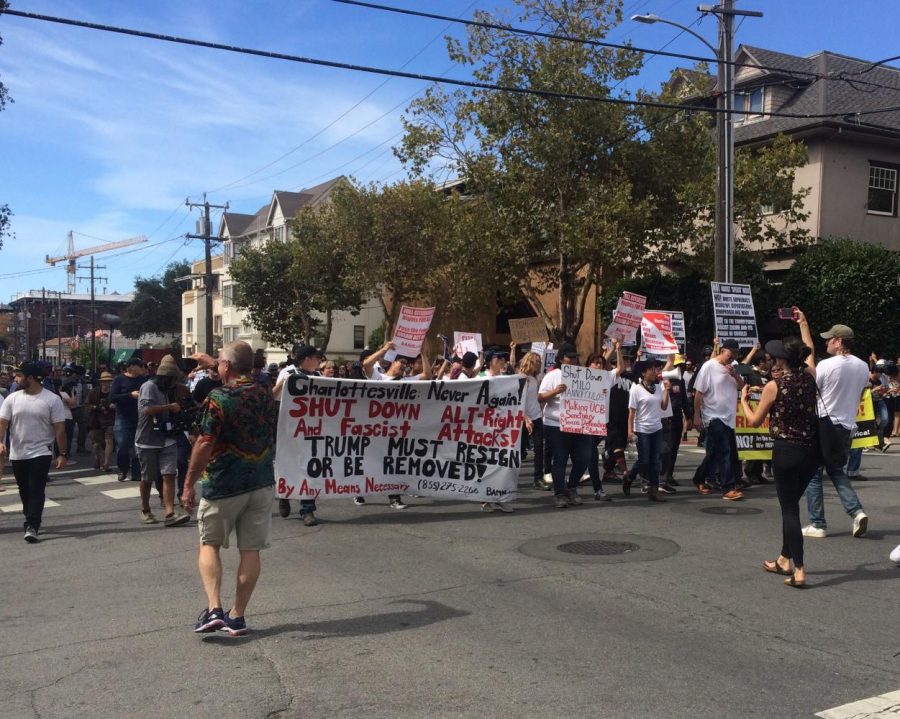 A conservative student publication called the Berkeley Patriot organized Free Speech Week on the Berkeley campus, set for September 24-September 27, 2017. Upon announcement of the event, the predominant liberal student population of Berkeley sparked an outrage.
Berkeley arranged for heavy-hitting conservative public figures such as Stephen Bannon, Ann Coulter, and Milo Yiannopoulos to speak at Sproul Plaza on campus. Berkeley Police quickly realized the possible threat of safety and inconvenience to students, and worked with the school to arrange a plan for the weekend.
This week held such great importance for the Berkeley community because free speech has always played an integral role in their beliefs and history. Chancellor Carol Christ of Berkeley states, “We work to uphold dual commitments to free speech and to ensuring that Berkeley is a place where people from all backgrounds feel safe, welcome, and supported.”
Milo Yiannopoulos was the only speaker on Sunday, because the Berkeley Patriot ultimately decided to cancel Free Speech week. Yiannopoulos spoke Sunday afternoon at Sproul Plaza solely because he entered campus and spoke as a private citizen, unaffiliated to any student organization.
Protests began hours before Yiannopoulos entered campus and continued for many hours after he left. In total, he was only present on campus for 30 minutes, and spoke without a microphone to a crowd of only 150 people, as hundreds of other were denied access to the event. However, the security costs of over $800,000 for a 30 minute speech sparked outrage across the community.
Editor-in-Chief of the Berkeley Patriot, Mike Wright, protects free speech by saying, “I want to hear different viewpoints, and have access to that as a student because it makes my education more rich, and I think it makes everyone’s education more rich.”
With free speech certainly being a powerful construct of Berkeley’s philosophy, further actions that can protect their history and enhance their future must be implemented.