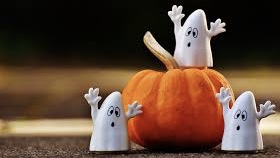 Everyone is familiar with the yearly tradition of dressing up and going door to door trick-or-treating on Halloween, but how did this come to be?

About 2,000 years ago, the Celtics,  living in what is now Ireland, had a festival celebrating the start of the new year on November 1st. October 31st was known as the day when the spirit and human world were thought to to collide.

Townspeople left food on their doorstep to keep spirits away. They also wore masks when venturing outside their houses, as to blend in with the supposed ghosts roaming their streets.

During the second century, the Christian church created a religious holiday the day after called All Hallows. They then referred to the day of the Celtic festival as All Hallows Eve. Gradually, the name evolved into Halloween.

In the nineteenth century, Irish and Scottish immigrants in America revived their old tradition of trick-or-treating in this new country. Originally, tricks and other hijinks were performed. Later, the act of trick or treating changed to be family oriented.

Children dressed up in costume, going house to house, asking for candy. Many of the gruesome aspects of Halloween were taken out and replaced with child friendly concepts.

Now, Halloween is a highly commercialized holiday in which businesses earn over six billion dollars annually  between the selling of costumes and candy. Who knows what this holiday may morph into next?